Thanks to my good Friend CMA for sharing this.

This is a PUBLIC PROJECT, and therefore subject to oversight.

Ten minutes of homework would have revealed this common scam.

No criminal charges were filed after an eight-month investigation, but accusations are pending in civil complaints. The purchasing director stepped down.
Kevin Ryman, owner of Ryman Commercial Roofing and a member of the Pasco Planning Commission, was the subject of a Pasco County Sheriff's Office investigation of bid-rigging allegations involving a roofing job for the Pasco County School District. [C.T. BOWEN | Tampa Bay Times]
By C.T. Bowen
Published Sep. 4 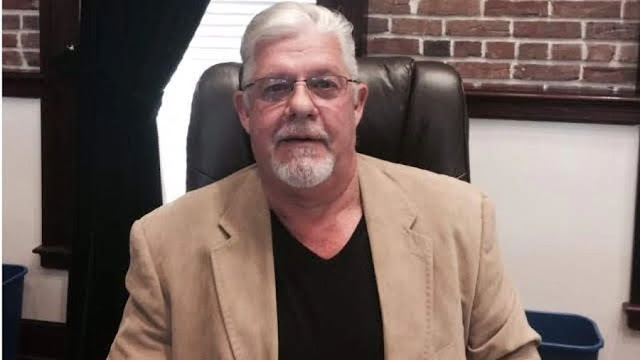 Kevin Ryman, a prominent Zephyrhills building contractor and an appointed Pasc
o County planning commissioner, carried on an intimate relationship with the former Purchasing director for the Pasco County School District and was suspected of colluding with another contractor to win a $1.5 million school roofing job in 2017, according to public documents.
The Pasco County Sheriff’s Office investigated the allegations for eight months and determined it had probable cause to arrest Ryman, according to an investigative report. The Statewide Prosecutor’s Office declined to file charges, however, citing the simultaneous civil lawsuits facing Ryman, the report said. The suits are from Ryman’s former business partners, one of whom surfaced the bid-rigging allegation last year.
Likewise, the Pasco-Pinellas State Attorney’s Office said it would not charge former school purchasing director Nicole Westmoreland. There was probable cause to pursue a bribery case, the Sheriff’s Office report said, because of evidence that Westmoreland received gifts from Ryman after working with him to create a pool of five companies — including Ryman’s — to bid on district roofing jobs.
“This was my personal life. This was years ago,’’ Westmoreland told the Tampa Bay Times. “There were no criminal charges. Nothing was found.’’
Ryman declined comment. But Wednesday morning, after the Times published an account of the investigation, Ryman resigned from the Planning Commission at the request of Pasco County Commission Chairman Ron Oakley.
The report and school district records showed that Westmoreland lied to her superiors and that she and other employees accepted golf outings paid for by Ryman. One employee took four tickets to a Tampa Bay Lighting hockey game provided by Ryman, whose company has been a school district vendor since 2015, the report said.
Westmoreland also created the perception of favoritism by meeting with Ryman in his office, instead of at the school district headquarters, said Ray Gadd, deputy school superintendent."That’s not our protocol. It gives the appearance of impropriety. That’s unheard of,'' said Gadd.
In the aftermath, Westmoreland resigned, another employee was reprimanded and the school district is planning to change the way it does business with roofing contractors.
"It was worse than we thought,'' Gadd said about the investigator’s findings.
Ryman, 61, and Westmoreland, 41, are married to other people, but cell phone and bank records indicated they were at the PGA National Resort and Spa in Palm Beach Gardens in September 2015, according to the investigative report. Jason Morphet, Ryman’s former business partner, told the detective he saw Ryman and Westmoreland together at an Orlando trade show in June 2017. Separately, another witness, Bobby Hilton, the brother of Ryman’s wife, provided the investigator with photographs of Ryman and Westmoreland together in a central Pasco parking area, returning from what Hilton said was a November 2016 trip to Vero Beach. Hilton, also the husband of Vanessa Hilton, the school district’s chief academic officer, declined comment when contacted by the Times. 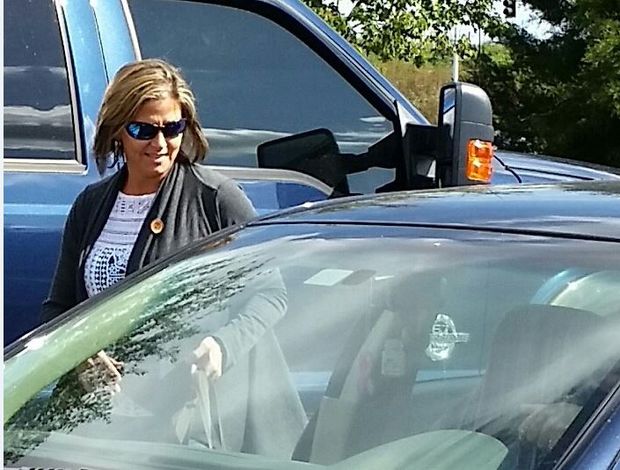 On two occasions, in 2015 and again in 2017, the school district received anonymous complaints on an ethics hotline about the Ryman-Westmoreland entanglement. Both times, Westmoreland denied the affair and called it ‘’a complete fabrication,’’ according to school district documents. An internal auditor found no evidence of favoritism toward Ryman.
Westmoreland again denied a personal relationship with Ryman in a December interview with a Sheriff’s Office investigator, but changed her story in May during a second interview. She admitted to the affair, according to the report, but said she did not provide Ryman with preferential treatment in project bidding. The investigative report stated a similar conclusion.
“Nicole’s statements were inconsistent. However, there is no indication at this time that Nicole shared information from the competitive bid process,’’ the report states.
In December, at about the same time school officials learned of the law enforcement investigation, the district transferred Westmoreland to a position outside the purchasing department amid concerns she was working fewer hours than her contract required, according to district records. She resigned without notice on Aug. 13, shortly after the Sheriff’s Office ended its corruption probe and notified the school district of the results. Westmoreland told the Times that she resigned for another opportunity and to spend more time with her 8-year-old son.
Also, the school district reprimanded a Westmoreland subordinate, Deborah Mateo, a buyer in the purchasing department. Mateo accepted the hockey tickets from Ryman, the report said.
In early August, before the investigative report became public, Pasco County commissioners reappointed Ryman to a two-year term on the county Planning Commission, where he has served since 2009. The Planning Commission issues non-binding recommendations to the elected county commissioners on zoning and land-use issues, but has the authority to issue rulings on requests for variances and so-called special exceptions.
Last week, County Commission Chairman Ron Oakley called Ryman a long-time friend, but was non-committal when asked if Ryman should remain a member of the Pasco Planning Commission. Wednesday morning, however, he said he asked for and received Ryman’s resignation.
“It’s just not pretty,'' said Oakley. "I’m not saying he’s guilty, but you can’t be sitting up there making judgments on other people’s developments and such with something like that out there. It’s the perception.''
Part of the investigation centered upon Ryman’s activities in advance of bidding to replace the J.W. Mitchell High School roof in Trinity in April 2017.
Morphet, 42, of Darby, was Ryman’s partner in Ryman Commercial Roofing at the time. He told the investigator that Ryman exchanged bid numbers with a competitor, Collis Roofing, a day before submitting a sealed bid to the district. The School Board awarded the contract in May 2017.
------------------------------------------------------------
In other words, "Taxpayers be damned".
Schools are under attack from known roofing scams (Purchasing Cooperatives), we must fight back,  We do not seek preference, but the opportunity to compete for our own tax dollars.
Reject negativity in all forms, and always remember to keep looking "UP".
Much Respect.
Ron