This is a follow up to the original Minnesota State Auditor's report. 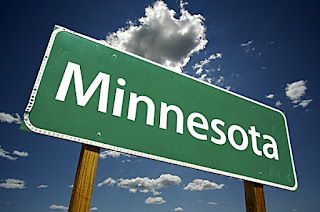 Copy and paste link above for full report (suggested) 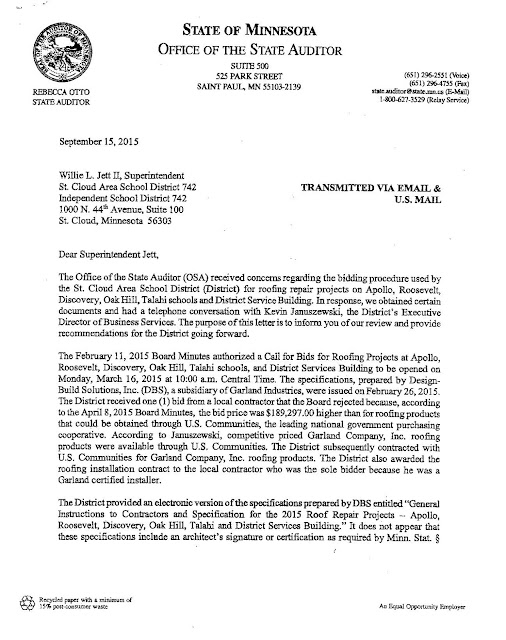 When I tell you about people who put you in danger, for a 25% commission check, , I am dead serious.  You will notice in the latest story (below).  If YOU stole $403,000.00 dollars from a school district, the punishment would be severe.  Garland and U.S. Communities don't care, and will take you with them on the way down.

I deal in reality, not "wishful thinking'.  Many times I've broken down how these school roofing scams work, and the ones who perpetrate it.

Each and every time,  provided public record, because I don't feature "opinions".  I don't feature my own "opinion" to tell you the truth.  I live in a world of "measurable units", and not emotion.  What I care about the words of "Salesmen', you can put in a thimble.

I'll get you started on the above referenced article, and you can finish it for yourself.

NOTE: Retired 2003, do not solicit nor accept compensation or personal advancement of any kind.

Thank you to Ms. Jenny Berg for an accurate accounting of the scam. 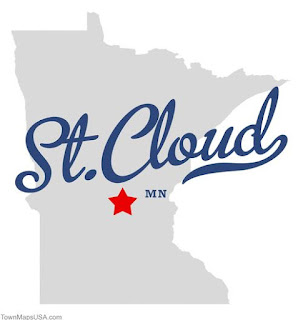 St. Cloud school board approved Thursday change orders on three upcoming roofing projects to save the district more than $403,000.
The projects are for sections of roofs at Talahi Community School and Clearview Elementary School, as well as the new roof atQuarryview Education Center. Construction is underway at Quarryview.
The school board awarded bids to McDowall Company for the Talahi and Clearview projects on Feb. 23; it awarded bids to McDowall Company for the Quarryview project March 23.
The change orders come after years of discussion about the district's roof bidding process; board Chair Al Dahlgren has raised questions for years about the chance of reducing costs through increased competition. For many years, the district contracted for roofing needs through the state-approved cooperative purchasing system U.S. Communities.
The Garland Co., an Ohio-based manufacturer that won a bidding process to be U.S. Communities' approved roofing supplier, subsequently worked with its certified installers and the district on almost $12 million in roofing projects from 2012-2015.
A review of school district bidding practices by the state's auditor's office in 2015 found the process may have violated two statutes, including one that calls for competitive bidding.
Amy Skaalerud, interim executive director of business services, said during the district's research into roofing systems and contracts, it hired Roof Spec Inc. as a consultant.
"The board wanted to make sure that whatever specs were released weren't proprietary in nature, meaning that only one company could bid on it, or that only one manufacturer would be able to provide the product for that," she said.
Roof Spec organized the specifications for the district roofing projects and managed the bidding process, Skaalerud said.
"In putting those specs together, at some point ... (Roof Spec was) asked by district staff to include an alternate that essentially was the equivalent to the Garland system that we had previously put on, which is a proprietary system," she said. "The board didn't have any knowledge that that bid contained an alternate. ... Their understanding was the specs had been put together to not include anything proprietary in nature."
Cont......
That should get you started, but again, the full article may be found here:
http://www.sctimes.com/story/news/local/2017/05/26/roof-change-orders/347331001/
Follow Jenny Berg at www.facebook.com/sctimesjenny and on Twitter @bergjenny.
Ms. Berg does a wonderful job with the article, and I encourage you to see how $403,000.00 ALMOST got away to a roofing scam.  Anytime you use U. S. Communities, and Garland, you may expect similar outcomes.
Say "NO" to U. S. Communities, and Garland.  Taxpayers will thank you.
If you require other examples, just type "Garland", or "Roofing Scam" into the upper left search box.
NOTE: Retired 2003, do not solicit or accept compensation or personal advancement of any kind.
Reject negativity in all forms and always remember to keep looking "UP"