They do this across North America, and the United Kingdom.
By now, the over payment must be well in excess of a billion dollars.  I calculate this from their annual sales numbers.

I am being kind here, because Tremco does around $4 Billion, and Garland might be around 1 Billion dollars including their IMETCO metal roof brand.

We will not discuss "Premium" roof systems because it's impossible.  EVERYONE makes "Premium Systems", and the specifier just needs to know what they're doing.  Call Roof Consultant's Institute, and they will be happy to assist.

All I know is that Garland nor Tremco make half the products they sell, while mainstream manufacturers (private market) often make every component of the roof system. Fasteners, insulation, roll goods, metal flashings, etc. for a period of up to 30 years.  Labor and material warranty included.

Virtually all specifications call for a 'Roof System Warranty", and I don't know how Garland, and Tremco "Warrant" products made by others.  Looks like some 'finger pointing" is just around the corner, and we know what that means.

Much respect to Robert Dzubian.

With the Legislature bearing down on the practice, one company allegedly participating in proprietary bidding, the Garland Co. Inc., hired a prominent Sacramento lobbying firm a week ago, according to a filing in the secretary of state's office.
Company officials did not return calls for comment.
For years, San Francisco schools used Garland, which manufactures a top-of-the-line roofing system. Like many other districts, San Francisco included an "or equal" clause when it sought bids, but incorporated product specifications that were so precise that only Garland could compete.
District architects finally questioned the practice and a more open bidding practice was put into place. That cut the cost of one new roof nearly in half.
This summer, a $135,150 Garland roof at Claire Lilienthal's Divisadero campus, a holdover from the noncompetitive bidding process, is costing the district $15 for each of the 9,014 square feet. Under the open bidding system, Independent High School is getting a $142,696 roof at $8 for each of the 17,837 square feet.
"We always thought that we got great service from Garland," said Chief Facilities Officer David Goldin.
He said Garland was chosen by a previous administration, but as time went by and staff turned over, no one could remember why the firm was chosen in the first place.
"You reach a point when you one day realize it's time to rethink the decisions," Goldin said.

State officials don't believe kickbacks or other misconduct are part of the problem. The noncompetitive bidding is more a result of taking the path of least resistance.
Sales representatives with whom districts have a prior business relationship often volunteer to write bid specifications, thus saving time and money for district officials who would otherwise have to hire an architect to do it.
"That convenience is costing them money," De La Torre said. "In light of the budget situation we're in, we're talking about waste."
Local school officials said they hoped the Legislature would be thoughtful as it moves forward with potential legislation, allowing flexibility and local control.
In West Contra Costa Unified, for example, a recent roofing project at Richmond High School went out to bid specifically requiring Garland roofing projects.
It appeared to be a clear case of proprietary bidding.
Yet district officials said the re-roofing was part of a project for new heating and ventilation, requiring workers to cut through the existing Garland roof. Another manufacturer's products would have invalidated the warranty.
"We look at the best business decision," said Bill Fay, associate superintendent of operations at West Contra Costa Unified. "There is no upside for me to cut into a roofing system and not have a service warranty contract in case that system fails."
In San Francisco, Goldin said there needs to be a balancing act between cost efficiency and competitive bidding. For example, he said, districts don't want a variety of toilet paper holders in schools, depending on what's on sale one week to the next.
"You can't stock 53 brands of toilet paper to fit in multiple holders," he said. "When it comes to roofing, we've decided one size doesn't fit all."

Think about this the next time your children are asked to bring  basic supplies to school because the school doesn't have any money.

Paying double for a roof based upon "Exclusion of Competition" doesn't make sense to anyone.  Instead of using the Purchasing Cooperative, just line up three manufacturers who will line up several of their applicators.  The bidding pool gets stronger, and the contractors work with manufacturers they are familiar with.

NOTE: Retired 2003, do not solicit nor accept compensation or personal advancement of any kind

Here are some suggestions for your bid list, and I've worked with all of them installing millions ofg sq. ft. in roofing materials (at least 100 local schools, countless Wal Marts, Target, Dick's Sporting Goods, BJ's, etc.). 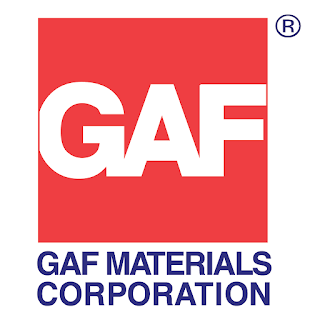 If they don't make it, you don't need it.  GREAT Manufacturer warranties, and Firestone even offers their PWH warranty covering puncture, wind (100 mph), and hail).  Some manufacturers vary, but 2" hail is generally the standard.

Forgive me, but space does not allow me to describe them all, but the following manufacturers demand great caution.  Many investigative reports are available online, and YouTube:  Just type "School Roofing Scam", and they will appear.  None of the manufacturers I've suggested are listed among them.


I have zero problem including Garland,, Tremco, or Simon on any "bid list".  They will run away when they hear:  "Competition" .  Absolutely Guaranteed. What does that tell you?

Thank you for spending time with me here, and it's humbling  that anyone cares one bit about what I have to say.

Reject negativity in all forms, and always remember to keep looking "UP".

NOTE: Retired 2003, do not solicit nor accept compensation or personal advancement of any kind

Please note that I no longer respond to Attorneys.  I've been "used" by too many of them, and the only one I respect is Mr. Trent Cotney (Tampa).

Mr. Cotney, myself, and Mr. Jeff Anderson of "ServiceWorks".  Jeff is a very capable contractor, and all around nice guy.  They are located in Tampa., and I enjoy helping the "Good Guys". 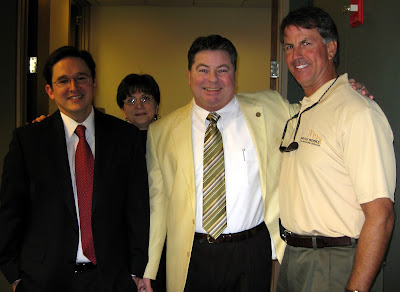