Today, we will examine roofing data and trends.


By now, you know I only provide the information, and you are the judge

Numbers must trend downward if we are to make advances in reducing urban heat island effect.

In conjunction, I will also guide you to the presentation papers of the wonderful Dr. Art Rosenfeld:

If we are to be successful in reducing urban heat island effect, we must impart the technology used in commercial low slope roof systems, at a VALUE.

The RoofPoint program from the Center for Environmental Innovation in Roofing (Center) is a voluntary, consensus-based green rating system developed to help building owners and designers select non-residential roof systems based on long-term energy and environmental benefits.


RoofPoint serves as a simple, transparent and professional measure to validate that new and replacement roof systems are designed, installed and maintained in accordance with the best sustainable practices available today.

Exclude steep slope roofing.  Why is that?

You NEVER want an inscrease in asphaltic roofing products.

And from the fine people at Firestone who were kind enough to furnish this report: 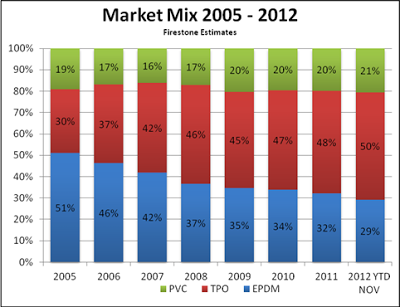 ﻿
Reject negativity in all forms, and  always  remember to keep looking "UP".

(Thank you for caring about what I have to say, and I am very appreciative of your comments)